originally published in The Fisherman

You are out enjoying a day on the water with your fishing buddies when it happens. You catch the largest fish you have ever seen. It must be a record. Now what?

There are many types of records your fish may qualify for. It could be a new record for your fishing club. Each club will have its own procedure for registering fish. If you are fishing in a tournament, you may have just set a new tournament record. We are going to discuss what to do if your fish qualifies for a broader record category.

The first advice is do not clean that fish. Just don’t do it. I don’t know how many records have been denied because the fish was cleaned before all of the i’s were dotted and t’s crossed. It is hard to go back and take some required 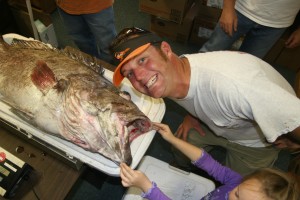 photograph or have the fish witnessed after it has already been filleted. I know some of you are out there saying, “I cannot eat a piece of paper”. That is fine, go ahead and clean that fish, but if you want your name in the record book, clean the rest of your catch and keep your trophy on ice until you are sure that you do not need to keep it anymore. The same thing applies if your fish is destined for the taxidermist. Have him hold onto your fish for a bit before starting to work on it.

When it comes to records, the top-of-the-heap are world records. World records are the province of the International Game Fish Association (IGFA). The IGFA maintains a variety of categories of world records. There are Junior Records for both girls and boys, Line-Class Records and Fly Rod Tippet-Class Records kept separately for men and women, and the ultimate record, the All-Tackle World Record. There are other categories and challenges which can be met to get your name into “The Book”.  There are particular rules that need to be followed for your fish to qualify for an IGFA record. We are not going to review all of them. If you are a sharpie, targeting a 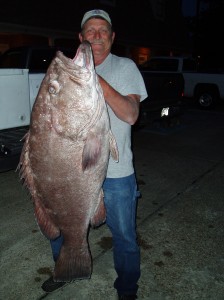 particular line-class record, you already know the rules and procedures. The IGFA has a wonderful website which is full of information including everything you need to know about applying for a world record: www.IGFA.org.

For line-class records, one common problem is line which over-tests. Most lines will break at a higher strength than what is listed on the spool.  If you are trying for a particular line-class record, you should pre-test the breaking strength of your fishing line. You can buy fishing line that is guaranteed to not break over a certain strength. This will not apply to the average guy out fishing who just happens to catch a sea monster. In our area, wire line is popular for trolling structure and some use it for bottom fishing wrecks. Wire lines are not eligible for IGFA records. Electric, power-assist reels, commonly used in deep-water fisheries also are not allowed for world-record purposes. The main theme is that the angler must catch the fish in a fair and sporting method. Only the angler can touch the rod, reel, and fishing line from the time of hook-up until the time the fish is leadered and landed.  Fish must be weighed on a certified scale. The scales do not have to be certified by the IGFA but should be certified by some official agency every 12 months. Scales can be certified after the fish is weighed. Take a lot of photographs. Photograph the fish, the tackle, the fish on the scale and on a ruler. Photograph multiple views of the fish so a positive identification can be made. If the species cannot be easily identified by photograph, a fisheries scientist should examine the fish to verify the species.

I get more questions about bottom rigs than anything else. The IGFA allows a two-hook bottom rig. Each hook 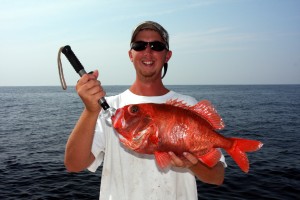 must be on its own dropper off of the main leader and each hook must be in it’s own bait. The old tautog trick of placing both hooks in the same bait is not allowed. The question arises around the rule that the hooks must be separated enough that a fish hooked on one hook cannot be foul-hooked by the other hook. I have had anglers say that they have been told they should not enter a record if the two hooks can reach each other. That is not what the rule says. The rule implies that the second hook should not be able to snag the fish. When you drop down and hook up to a 4 to 5 foot grouper, that is pretty hard to do. I’ve never seen a bottom rig with the hooks that far apart and even if they were, leaders bend. During the fight, a fish on the bottom hook can swim up to the top hook, and a big-old grouper can grab your top hook and take it down to the bottom. This is one of those occasions where the spirit of the rule is the important thing. It is not sporting to snag fish. We went out one trip and caught two snowy grouper, each weighing more than the then current All-Tackle World Record. One was caught on a single hook rig, the other on a standard double hook rig. We filled out record applications for both and sent the rigs in with the application. Both records were approved. We have not had a problem with record fish caught on two-hook bottom rigs. 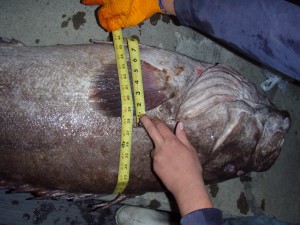 My general advice is to apply for your record if there is any question. What do you have to lose? Be completely honest, provide all required information and anything else the IGFA needs to determine whether to accept your record or not.

Now just a bit about the IGFA. Most of us think of them as the world record organization. Since most of us are not fishing for world records, we do not feel a need to join the IGFA. The IGFA is the world record organization but this is only a small part of what they do. They support fisheries research and sport fish conservation. They help develop and protect recreational fisheries. They are the fishing group with the political presence to support us with fishery managers and governments throughout the world. Basically, if you enjoy angling for fish with rod and reel and 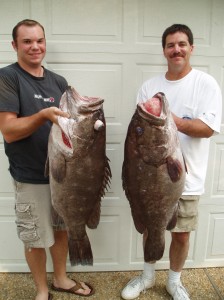 would like to see your children and grandchildren have the same opportunity, you should be a member of the IGFA. 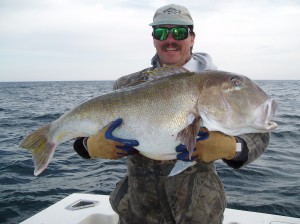 Saltwater records are managed by the Virginia Marine Resource Commission (VMRC) through the Virginia Saltwater Fishing Tournament (VSWFT). The director of the VSWFT is Lewis Gillingham. Information about the VMRC and the VSWFT can be found at: www.mrc.virginia.gov. There are some differences in the state record rules as compared with world record procedures. Virginia does not limit the number of hooks on your bottom rigs. It does require the fish to be caught in a sportsman like manner and no fish from the trip can be sold. A special form must be filled out and the fish weighed on a certified scale at an official weigh station of the VSWFT. The fish must be observed by the director or one of the members of the VSWFT committee (don’t clean your fish until this is done!). While almost any species caught on rod and reel can be considered for a world record, Virginia only recognizes certain species as eligible for a state record. Virginia is not as strict when it comes to only the angler touching the rod. A mate handing you the rod will not disqualify you from a state record. There are three members of the VSWFT Committee that also serve as Representatives to the IGFA. They are B.W. Beauchamp, Bill Hall, and Ken Neill. These individuals can help you with both your Virginia and world record applications. 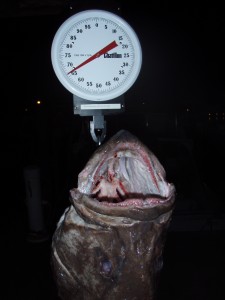 Fish Biologist. Again, do not clean your fish until this is done. More information can be found at: www.dgif.virginia.gov.

The other mid-Atlantic states will have similar procedures. Find out the particular application requirements for the state you live in. Don’t clean that sea monster until you do.

About the author: Dr. Ken Neill serves on the Virginia Saltwater Fishing Tournament Committee and as a Representative to the International Game Fish Association. Ten all-tackle world records and five Virginia state records have been set on his boat, the Healthy Grin.