To Catch A Tog

To Catch a Tog 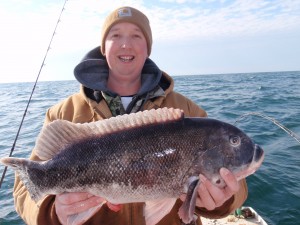 Tautog are a fish that are here all year long. They are the most homebody of all of the fish. They have a piece of structure that they just will not leave. To our north, tautog have been shown to have inshore-offshore migration pattern related to the spawn. Here, they just seem to stay at the same location all year, for year after year. Even though they are here all year, it is during the colder months that we fish for them. During the summer, there are so many other fish around that it is hard to get a bait to a hungry tautog. 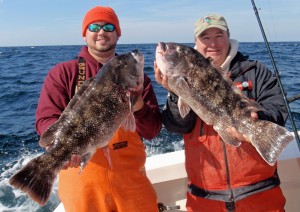 We catch them during the fall, winter and spring. During the coldest part of the winter, tautog inside the bay become very lethargic and feed very little. Active fish can be found on structures in the ocean all winter long. When the bay water temperature at the Chesapeake Bay Bridge Tunnel rises into the mid-forty degree range, the spring tautog bite begins. When the temperature reaches fifty degrees, the bite is wide open. Our prime months to catch tautog inside the bay are April and May. Currently, regulations have tautog closed during the month of May so that leaves us April. 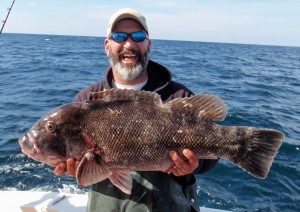 Location is probably the most important thing to get right when fishing for tautog. They are an extremely structure oriented fish. You will find them at rock piles, wrecks, artificial reefs, bridge pilings, and other structures of this sort. They just do not range far from their home structure. To catch them you need to have your bait right in the structure. If you are not getting snagged, you are not fishing the right place. To better fish this structure without having too many snags, it is important to position your boat directly over the structure so that you may fish your line as straight up and down as possible. To do this, most tautog anglers will use some type of wreck anchor to grapple the structure and anchor their boat with very little scope in their anchor line so that they are directly over the tautog’s home. 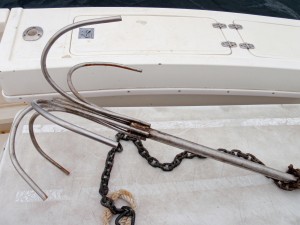 Most tautog anglers are very particular about the bait that they use and many will have a favorite that they think is the “magic” bait. Pretty much any crustacean or mollusk that will stay on a hook can be an effective tautog bait. Inside the bay, fiddler crabs are one of the “magic” baits. Some believe that no tautog can resist the inner lining of a blue crab’s shell and develop various methods to try and keep that goopy stuff on a hook. Sand fleas (mole crabs) are some anglers’ magic bait. Out on the ocean wrecks, hermit crabs are a favorite as are green crabs and “white leggers” (mostly Jonah crabs) depending on your location. Some love to use blue crab but insist that you have to use female crabs. My “magic” bait is clam. If we are not getting bites on clam, I think that it is time to change our location. There was one trip at the CBBT with my uncle Jerry where I was using fiddlers and clam for bait. He was using squid. Nobody uses squid for tautog. He doubled my catch. I still do not use squid for tautog. I just think he was in a better location. Location is that important and just a little move from one side of the boat to the other can make all of the difference. We have caught tautog on shrimp, mud crabs, lobster, crayfish, conch and even on some of the artificial “Gulp” type baits. I have even less faith in the artificial baits than I do in squid but we have caught fish on them during a hot bite when we have run out of bait. When we are going after tautog we try to have a variety of baits including some type of crab and clam, always clam. 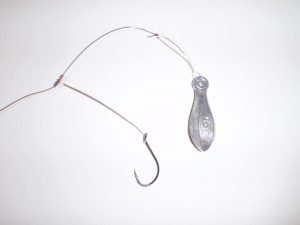 Terminal tackle is going to be lost. You can use the classic high-low bottom rig with the spreader arms that is used to catch croaker and spot. Buy a lot of them. Most tackle shops will have pre-tied tautog (blackfish) rigs for sale and they will work great. Most tautog anglers will tie their own rigs. I typically will tie my own using fifty pound monofilament. A perfection loop at one end to attach to the snap swivel of my main line, another perfection loop at the other end for my sinker, and a dropper loop or two between the two for my hooks rounds out the rig. The advantage of a two-hook rig is that there is another bait right there when I miss the first bite. The advantage of a single-hook rig is that there is one less hook to get snagged on the structure. Most tog anglers fish with a single-hook rig. There is a variant to the double-hook rig where instead of baits on each hook, both hooks are place into a single bait. This set-up is not eligible for world records but some think this gives them a better chance of hooking these bait-stealing specialists. 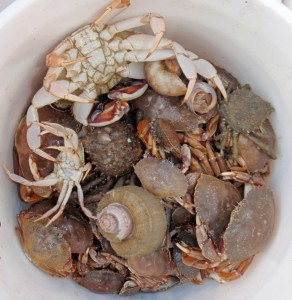 The main fishing line today is almost always some type of braided line, usually in the 30-80 pound range. Monofilament fishing lines served well for many years but the greater sensitivity of braid has made it the line of choice for tog fishing. It did lead to a bit of an adjustment period though when anglers switched from mono to braid. You will still hear anglers say that when tog fishing, you set the hook before the bite. With braided lines, you can feel the slightest nibble and there is a lot of hook setting before the tautog has the hook in its mouth. With braided lines, it is best to wait just a bit before setting the hook. You cannot wait too long though or your bait will be gone or the fish will have you down in the structure. Just a little hesitation on the bite and then get him out of there… if you can. 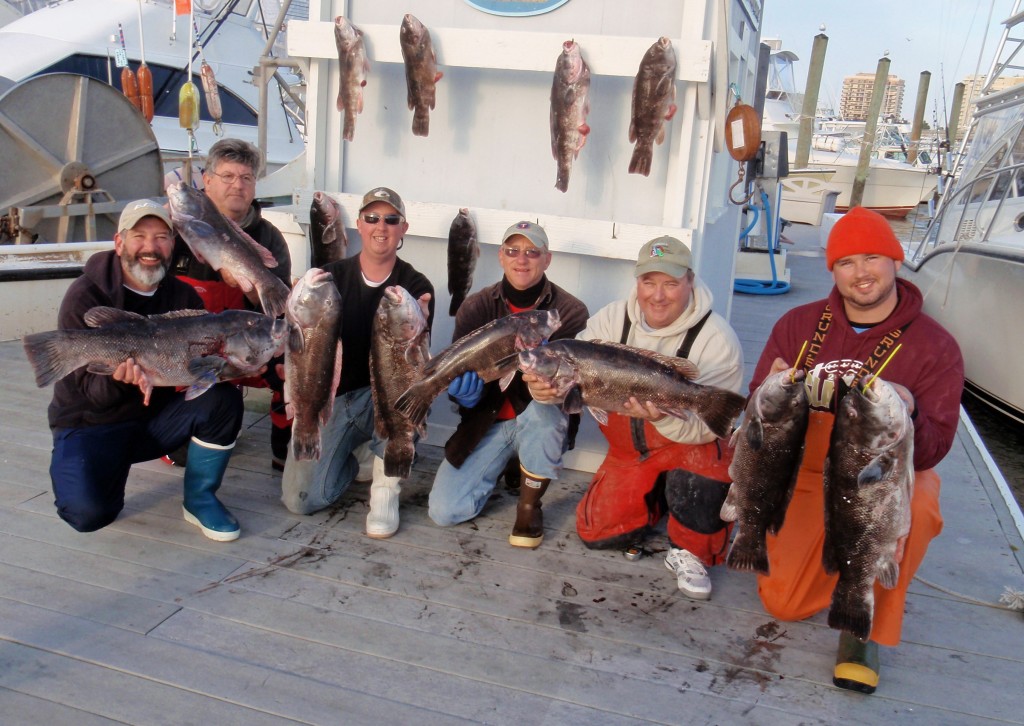