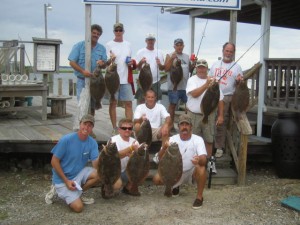 Arguably, the summer flounder is the most popular fish in the Chesapeake Bay region. We love our rockfish and drum when the big fish run is on. Cobia bring out the big game hunter in us. Tuna and marlin are the glory fish for those with offshore boats and strong backs. Everybody can fish for flounder. You do not need a big boat (or even a boat at all) and expensive offshore tackle. They are available to us for most of the year and when caught, they make the most excellent table fare. 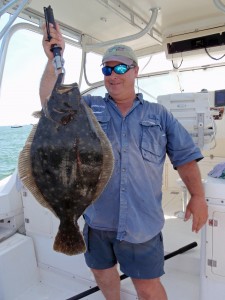 Flounder can be caught by anyone but they present enough of a challenge that even the most experienced old salt will still find them interesting to fish for. The largest flounder is often referred to as a “doormat” and a true doormat is every flounder fisherman’s goal.

As with all angling, it is good to be lucky. When you catch a doormat, luck is sure to play a roll. Some anglers seem to make a habit of catching large flounder. These doormat catchers rely on much more than luck. They have developed fishing techniques that allow them to target the largest of flounder. 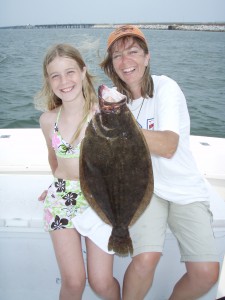 The best of these trophy flounder pounders gather each year to compete in the Flounder Bowl. If you want to win this tournament, you are not going to do it by catching a doormat. You will need to catch doormats. The Healthy Grin has fished this tournament each year. One year, we had our best flounder catch of our lives. Our 3-fish stringer averaged over 7 pounds per fish! It was not good enough; we placed second. The same weight the previous year would have placed us fifth. It takes an impressive stringer of doormats to win the Flounder Bowl. Brian Hogge’s team has weighed in the heaviest stringer in the history of the Flounder Bowl. His championship 3-fish stringer weighed 26.03 pounds for an average weight of his flounder at 8.68 pounds! 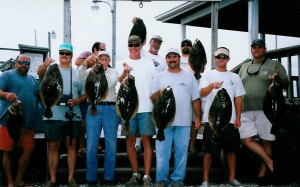 There has been a different champion each year of the Flounder Bowl but there have been a number of teams that routinely finish in the top ten. These consistent doormat catchers have a number of common characteristics. By looking at what these flounder experts are doing, we can all have a better chance of catching that true doormat. 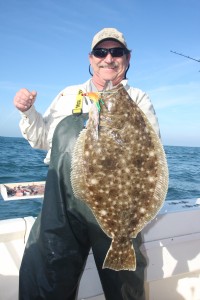 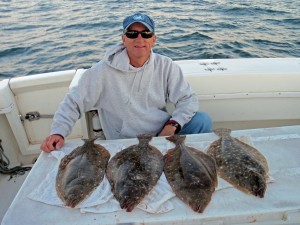 Actively fishing these structures require some different techniques than simply drifting your baits over long stretches of open bottom. Drift fishing can still be an effective technique but the drifts are short and controlled to keep your baits near the structure you are fishing. Often the wind and current just will not cooperate to provide an optimum drift. That is where power drifting comes in. Use engine power to control your drift. This can be bumping the engine in and out of gear all the way to giving up on the drift, leaving your engine in gear and trolling. Some boats will use a separate trolling motor or various drifting/trolling socks to slow their speed down. 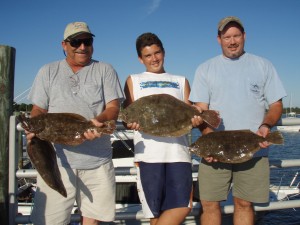 A classic technique to troll structure for doormat flounder is wire-line trolling. The CBBT and to a lesser extent, the Cell are structures targeted with this technique. A bucktail jig with a long strip bait trailer is attached to a 3-way swivel via a long leader. A dropper of 2-3 feet in length goes to a heavy sinker. The 3rd arm of the swivel is attached to the wire line. The wire lines lets you feel everything going on, allowing you to constantly adjust where your sinker is. Not too many anglers are still using this technique. It takes good boat operation, skilled anglers, and it is a lot of work. It is also a very effective technique to catch doormats. 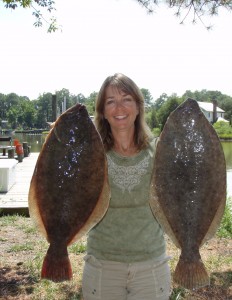 Today, a more common method to fish structure is to fish live baits like spot, croaker, and mullet in and next to the structure. Instead of trolling or drifting, the boat engine is used to hold the anglers over the sweet spot. Alternately, a wreck anchor can be used to grapple the boat directly to the structure and you work the structure from an anchored boat.

In addition to fishing live baits, working jigs in and around the structure can be very productive at catching large flounder. Various strip baits are used as jig trailers. Pretty much any fish can be turned into strip baits. Artificial baits, like the Gulp baits, make very good jig trailers for catching big flounder. 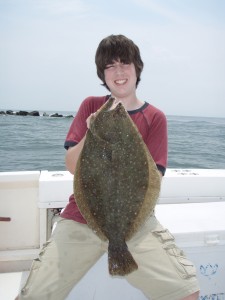 Work the structure, use live fish and long strip baits and you will catch that true doormat. Get very good at it and you may end up being a Flounder Bowl Champion!